The Elizabeth Community Association held a meeting in late November to show neighbors the first look at the county’s design proposal for Independence Park. The proposal was unveiled during a 2nd information session hosted by Mecklenburg County Park and Recreations Department at Saint Martins Episcopal Church which is right across the street from The Towers at Mattie Rose. The historic park which is a short walk from the community was built in the early 1900s and is the city’s oldest park to date. The renovation plan incorporates looping paths to create more connected, accessible and useful community space. The plan moves content out of the park’s center to its edges and strengthens the tree scape especially around the perimeter. These enhancements will also improve storm water runoff & drainage issues. The proposal addressed three high priority areas that had been identified by the neighborhood at an earlier session held at the Grady Cole Center in February 2019. 1. Enhance the connectivity of the multiple areas of the park to the Little Sugar Creek Greenway. 2. Make more of the middle, the area between Hawthorne Lane gets improved drainage, a consolidated play area and re-routed paths that make the fountain a focal point. 3. Unify the upper park & rose garden. The existing parking lot will be relocated to the perimeter and reduced by half. A new main loop simplifies the existing maze of walking paths. The design team now turns its attention to the development phase. The county estimate ground breaking for August of 2020 with a completion within the following year. 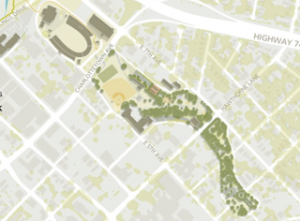 Get Matched With An Agent
That Best Meets Your Needs!